Lab Grown Diamonds are also known as Lab Created Diamonds, Cultured Diamonds, Man Made Diamonds or CVD diamonds. These diamonds are grown in a Lab instead of being mined like a natural stone.

What is a Lab Grown Diamond?

Basically speaking a Lab Grown Diamond is a real diamond that is grown in a lab instead of being mined from the ground. These diamonds are grown in an environment that replicates the diamond growing process in nature thus resulting in a man made product that is physically, chemically and optically the same as a diamond that is formed in the earth.

How is a Lab Grown Diamond formed?

The process of growing a Lab Grown Diamond is very similar to how a diamond forms in nature.

In Natural diamond is believed to be formed when Carbon Dioxide that is buried in the earth is heated in excess of 1200 degrees Celcius and put under extreme pressure. Once these carbon crystals have solidified and formed a rough diamond they are transported to the surface by volcanic explosions.

There are two main ways to produce a Lab Grown diamond. The first is a process called HPHT (High Pressure High Heat) and the second is CVD (Chemical Vapour Disposition)

HPHT diamonds are produced in an environment of extreme heat and pressure conducive to diamond growth.

CVD diamonds often begin life as a HPHT produced diamond seed which is placed in a sealed chamber and heated to about 800 degrees Celcius. Carbon rich gases are then pumped into the chamber which ionize into plazma using technology similar to microwaves or lasers. The Ionization breaks the molecular bonds in the gases and the pure carbon atoms sticks to the diamond seed which slowly crystalizes.

What are the benefits of a Lab Grown Diamond?

The major benefit of a Lab Grown Diamond is cost. Lab Grown diamonds are quite a bit cheaper than mined diamonds.

Being cheaper does not mean the quality is lower. Mined diamonds and Lab Grown diamonds all have the same costs to cutting, polishing, grading and inspection. Its what happens before this process that makes a big difference to the price. Mined diamonds go through many processes and steps to get from a raw diamond to a cut and polished diamond. Lab Grown diamonds however dont need to go through as many steps thus ultimately costing less.

Lab Grown Diamonds are also better for the environment in that they are significantly less detrimental to the environment. It takes less energy to grow a diamond in a lab than it does to dig it out of the ground.

Lab Grown Diamonds are also 100% Conflict Free and a consumer can buy knowing with 100% certainty that a Lab Grown stone does not fund conflict. 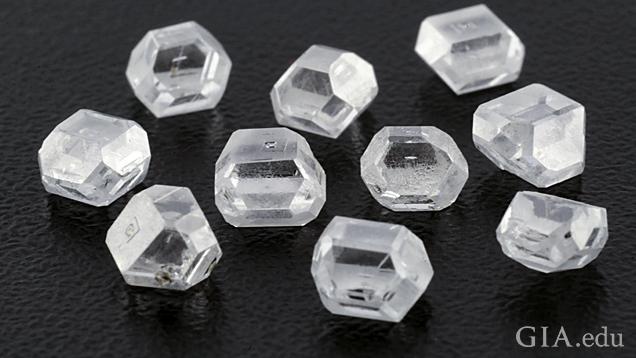